Seminar – The Way Across the Mountain 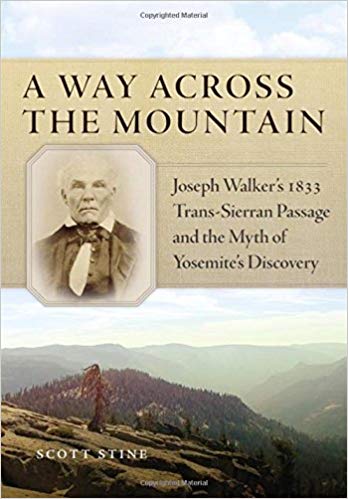 Seminar – The Way Across the Mountain

Presented by author Scott Stine.  A historical account of a trek across the Sierra.

From July to November 1833, Joseph R. Walker led a brigade of fifty-eight fur trappers, with two hundred horses and a year’s provisions, from the Rocky Mountains of Wyoming to the Pacific coast of central California. Toward the end of their journey the Walker brigade crossed the Sierra Nevada, becoming the first non-Native people to traverse the range from east to west. That crossing, made long and brutal by bewildering terrain and deep snow, is widely and rightly considered a milestone in the exploration of intermontane North America.

Following Walker’s death in 1876, an alluring tale arose concerning his trans-Sierran route. In the course of the crossing, goes the story, Walker found himself on the northern rim of Yosemite Valley at the plungepoint of North America’s tallest waterfall, staring into the most awesome mountain chasm on the continent. Over the decades since then, this time-honored tale has hardened to folklore. Dozens of historical works have construed it as a towering moment in the opening of the West.

But in fact this tale of Yosemite’s discovery has no basis or support in firsthand accounts of the 1833 Sierran crossing. Moreover, there is much in those accounts that contradicts Yosemite lore, and much that points to a trans-Sierran route well north of Yosemite Valley.

In A Way Across the Mountain, Scott Stine reconstructs Walker’s 1833 route over the Sierra. Stine draws on his own intimate knowledge of the geomorphology, hydrography, biogeography, and climate of the Sierra Nevada and Great Basin, and employs the detailed travel narrative of the Walker brigade’s field clerk, Zenas Leonard. Stine documents the inception, growth, and persistence of the Yosemite Myth and explores the extent to which that lore has overshadowed Walker’s greatest discovery—that the huge swath of continent between the Wasatch Front and the Sierran crest is hydrographically closed, draining not to an ocean, but to salty lakes and desert sands.