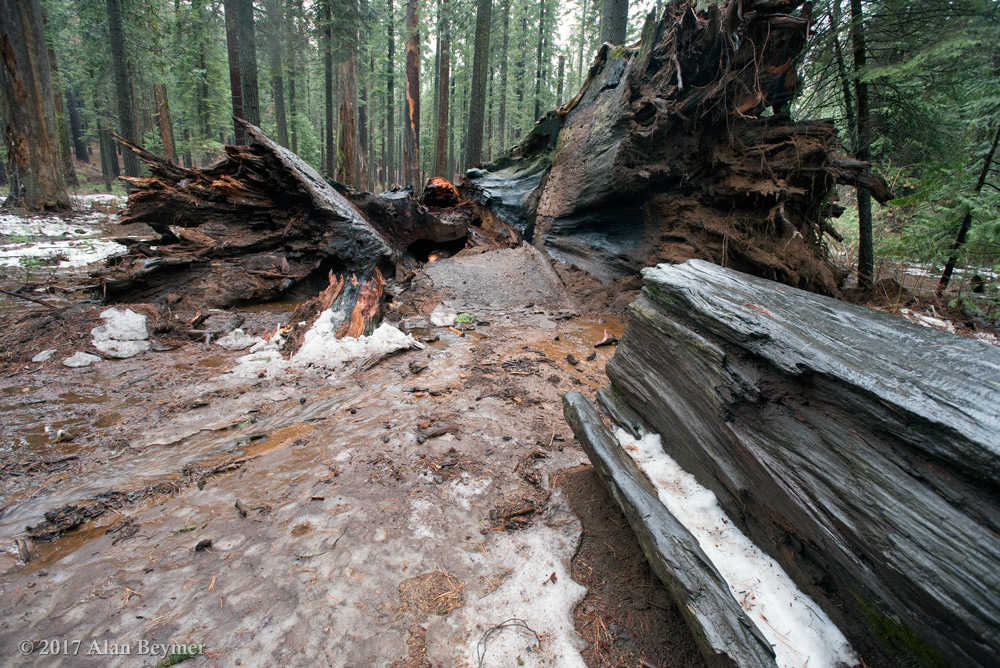 CALIFORNIA DEPARTMENT OF PARKS AND RECREATION

Divisions of Boating and Waterways, Historic Preservation and Off-Highway Vehicles

ARNOLD, Calif. — A portion of the North Grove Trail in Calaveras Big Trees State Park
reopened this morning. Visitors will have limited access to the fallen Pioneer Cabin Tree as
well as the Big Stump, but the remainder of the trail is closed. The storms over the last week
have created a public safety concern for visitors on several areas of the trail as limbs have
fallen and debris continues to run through small streams.
More than two feet of snow fell in the latest storm. The combination of snow and rain has
damaged the trail and some areas remain extremely flooded and muddy. Trail crews are out
daily repairing and clearing the trail for use. The park plans to reopen the entire trail as soon as
it is safe to do so. Visitors to the park this weekend should plan to wear tall waterproof
footwear as cold water runs through sections of open trail. Park staff and volunteers will be on
hand to answer questions and provide information on the history of the cabin tree, the state
park and the importance of protecting and conserving California’s rare native giant sequoias.

Worldwide media attention was given to Calaveras Big Trees State Park this week as the
Pioneer Cabin Tree, one of California’s oldest tourist attractions and a beloved specimen of a
rare California native species, fell Sunday. A combination of trunk and root decay and storm
water runoff appears to have brought the giant sequoia down at its base, shattering it and a
nearby cedar tree. California State Parks will be evaluating what to do with the fallen tree.

Subscribe to California State Parks News via e-mail at or via RSS feed.
California State Parks Provides for the health, inspiration and education of the people of California by helping to preserve the state’s extraordinary biological diversity, protecting its most valued natural and cultural resources, and creating opportunities for high quality outdoor recreation. Learn more at www.parks.ca.gov. Facebook.com/CaliforniaStateParks www.parks.ca.gov @CAStateParks
DPR 985 (Rev. 2/2016)(Word 2/23/2016)

California’s Drought
Every Californian should take steps to conserve water at home, at work and even when recreating outdoors. Find out how at SaveOurWater.com and Drought.CA.Gov.