Drought and Bark Beetle-Caused Tree Mortality in the Sierra- Seminar 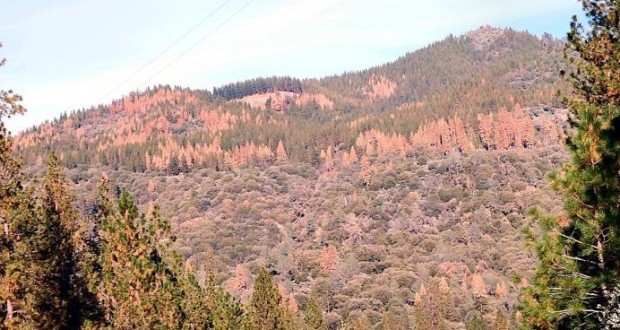 Drought and Bark Beetle-Caused Tree Mortality in the Sierra- Seminar

Dr. Christopher Fettig, Research Entomologist and Team Leader for the Forest Service, will speak on: Drought and Bark Beetle-caused Tree Mortality in the Sierra: Causes, Consequences and the Future”.

As a result of extensive levels of tree mortality in the central and southern Sierra Nevada due to bark beetle outbreaks, Governor Jerry Brown declared a state of emergency on 30 October 2015, establishing a task force to help address the issue. Sixty-two million trees died in 2016, bringing the total to at least 102 million trees in the last 10 years.  Dr. Fettig will discuss the causes and consequences of the current outbreak, the role of drought in inciting bark beetle outbreaks, and what might be expected in 2017 given near record precipitation this winter.

Seminars are free and open to the public. There is a day-use fee to enter the Park. Pack a lunch, bring the family and plan on spending the day among the Giant Sequoias. For more information call Calaveras Big Trees Association at (209)795-1196.